The Problem with Infant Rice Cereal 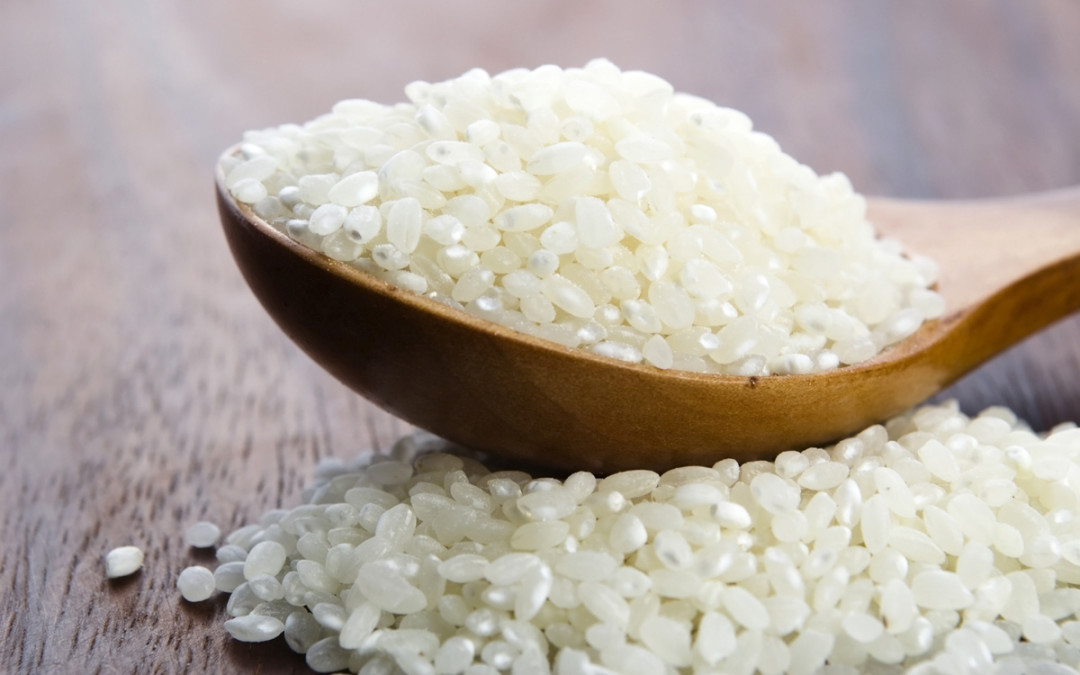 When we look at the baby food market, there’s a lot of rice! Rice puffs, rice cereal, rice crackers, rice cakes…you get the point. It’s likely that the average infant (0-12months) gets rice in their diet quite often.

It starts pretty early, too. Rice cereal is commonly recommended as a first food for baby. My parents fed it to me, & many of my friends have been encouraged to do the same by their pediatricians.

After spending some time learning about our digestive system, babies’ development, & traditional food, I can’t help but ask myself if there’s a better option than RICE.

For one thing, they’re a relatively new concept. Farming, growing, harvesting, & processing grains has been common-practice for a short time in the lifespan of the human race. We only began mass-milling grains a few hundred years ago & have been turning them into powdered cereals & flours (for other products) for far less time than that.

Even today, when a rice/legume/grain cereal is introduced to babies in other healthy, but less industrialized, places around the world it’s usually homemade & undergoes an important preparation stage.

Some of the trouble with common store-bought rice cereal/products is that they’re difficult on digestion, not well prepared, highly processed, & prone to containing additives, fillers, & artificial ingredients. New research has also found alarming levels of arsenic in rice. Great.

what makes rice hard to digest?

Every living thing protects it’s survival. In the case of most plant-life, we usually see this in the form of poisons, thorns, or digestive-irritating enzyme blockers. These defenses have one single goal: to protect its ability to reproduce.

When we eat an apple, for example, we throw out the seeds. The seeds are responsible for the reproduction of future apples. We are not harming an apples ability to survive long-term, & it does not harm us. When we eat a grain, however, we eat the entire body, reproductive ability and all.

In the case of rice, it uses Phytic Acid to protect its legacy. Phytic Acid is a tightly bound molecule that holds phosphorous, making it unavailable for absorption. This molecule also binds to other minerals such as zinc, calcium, magnesium, & iron, making them unavailable & causing mineral deficiencies. Phytic Acid also interrupts our enzymes (particularly those that break down proteins & starches) making digestion difficult.1

for a more in-depth explanation, check this out.

what’s the deal with the preparation process?

Many less-industrialized but thriving cultures take the time to prepare their food. We see special care when preparing the types of foods that can negatively affect digestion & nourishment, like rice!

When it comes to rice preparation, soaking is important. When we soak rice, especially with an acid, we break down the Phytic Acid that binds to minerals, making the nutrients more bio-available.

There are a few different approaches to soaking rice for optimal nutrition, but the most practical option is to rinse the rice a couple of times then let it soak for 8-24 hours in warm/hot water (not boiling) with a bit of apple cider vinegar or lemon. Sealing the rice in a mason jar will help maintain the heat. It will not eliminate all the Phytic Acid, but it is certainly an improvement.

When it comes to serving rice to baby (which I do not recommend until they are over a year old), you can either give it to them in the same form that you would eat it, or create a porridge-type dish.

You can cook your rice in homemade broth or add grass fed butter for an extra boost!

you said something about arsenic…

How in the heck did inorganic arsenic get into our food? For one thing, it’s in our water-which we use to care for the crops (& drink-so please, please, PLEASE drink fresh artesian, untouched spring, or reverse osmosis water). That’s not, however, the biggest culprit.

Back in the day it was common to create pesticides that used arsenic to kill critters that might be munchin’ on the crops. They did a great job. They killed lots of living things. The only problem is that we are living things that also ate the pesticide-laden foods.3

Arsenic containing pesticides have since been banned for use in the U.S., but arsenic lives on in the soil where it was heavily absorbed. Certain crops are more likely to leach the arsenic from the soil than others. Rice happens to be one of those crops.

The article that shares these findings has some great tips for how to minimize arsenic exposure in rice. One of the suggestions is to rinse the rice before use. Although it’s not been studied, I feel that the soaking process would eliminate some of it as well.

Since the release of their original study, Consumer Reports Magazine has dug a little further into rice-based infant foods. They recommend no more than one serving of rice cereal a day, minimal rice products, & no rice milk before the age of 5.6

I suggest keeping all rice, especially unprepared, out of their diet for as long as possible.