That Time I Lost My Mojo 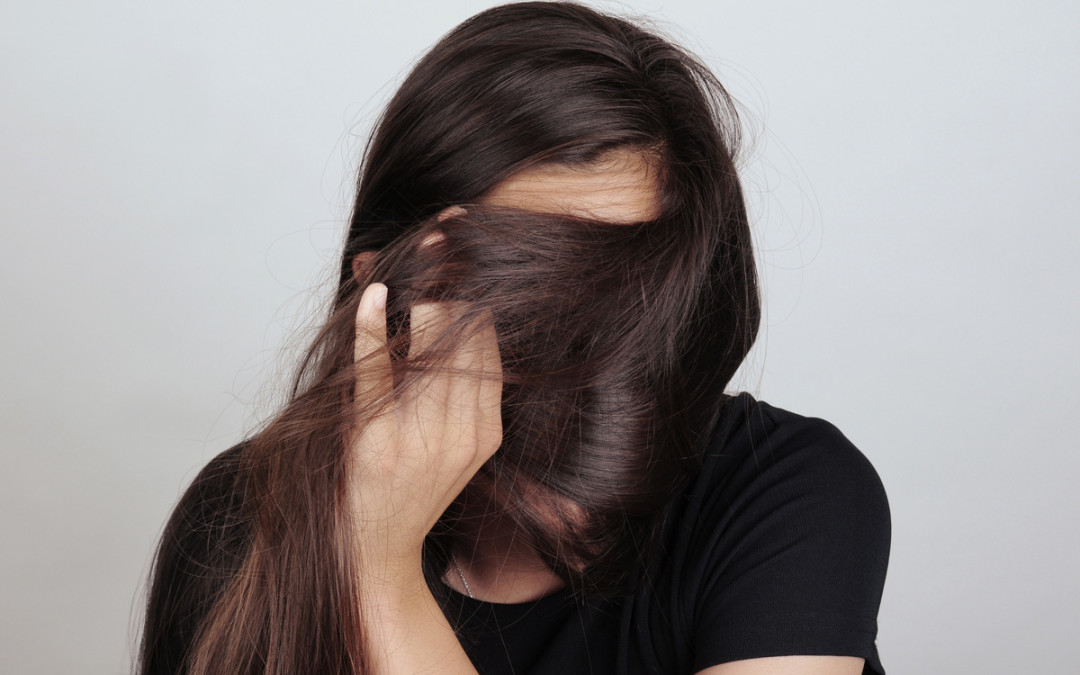 As mothers, I think we’re often expected to do it all.

Luckily, I’ve always enjoyed having a full plate {literally & figuratively}. So much so that just when I think I can’t take anything else on, I go search for something new.

Recently, while coming to the tail end of the 6+ months of writing my fertility preparation detox, starting a podcast, & maintaining my blog {oh yea, & being a wife, friend, & stay-at-home mama} I decided I wanted a new project. A big project.

I decided to go back to school.

I was introduced to a school of ancient herbal medicine & acupuncture {Traditional Oriental Medicine} & I became infatuated. It’s such a beautiful & moving art. I wanted to know everything about it. I had never desired to become an acupuncturist, or even work out of an office {holla location freedom}, but my heart fluttered with joy at the thought of soaking up this ancient practice & using it to help others.

Within a few short weeks of finding the school, I made the decision to go & my life began to shift. A masters in the field means a cool 4-8 year commitment, after all.

The picture of my near future started to change. A majority of it was going to be spent in class, studying, or in the clinic. I knew I was going to have to pull back a bit on my business, family time was likely going to have to be scheduled & the idea of baby number two got a little fuzzy.

I had support coming from all angles, ensuring I could take on the task. There were a few sweet friends & family members who would lovingly ask how I would do it all, but at that point I was so sure I could balance it. I just knew it. I wanted to be that woman. The one that really could do it all.

A few weeks before my first class my feet started gettin’ chilly. Was this the right decision? It had to be! I wanted to go so badly. I wanted to learn. I put it off to pre-adventure jitters & continued on.

I prepped by buying textbooks, folders, notebooks, & every colored pen I could find. No kidding. I’ve got a bag full of colored pens. & I love it.

The first day of school rolled around & I was ready. I felt confident that I could tackle school head on & still be the mother, wife, & entrepreneur I wanted to be.

I loved my first class. I got to know my classmates & started relearning how to be a student.

During break I dug into my first homework assignment & everything was going smooth. Next up was the class I was most excited for: INTRO TO HERBAL MEDICINE!!

I was 10 minutes in, sitting in the front row with a smile plastered on my face when a dark cloud came over. My stomach went weak & I became extremely claustrophobic. I. Felt. Sick.

It hit me like a ton of bricks that I had made a very bad decision.

In that moment there was no logic & no understanding, just a swell of emotion. The emotion took over so strongly that I couldn’t even hear what the professor was saying. My body temperature rose & I could feel my heart pounding in my ears. The words “get the *flip* out of here as fast as you can” played over in my head. What was going on?!

We had a mid-class break & I ran into the admissions office. I barely opened my mouth before bursting into tears. All my brain could muster up was, “this doesn’t feel right”.

I spent the next 20 minutes with the admissions adviser trying to figure out what happened. What the heck happened? Tons of “reasons” flooded my brain. I missed my son. I knew life was about to change. I wasn’t sure I even wanted to be an acupuncturist. I wanted another baby.

But reasons aside, it just didn’t feel right.

I put my acceptance on an indefinite hold, “ditched” my last two classes, & rushed home to my family. I needed a hug.

I walked in to two smiling faces & Kanye West’s College Dropout album playing in the background. At least the hubby brought some comedy to it ;]

The problem was that this “bad decision” was the straw that broke the camels back.

In the last few months I started & ended a podcast, let biz stuff fall behind because of school, & then dropped out of school ON DAY ONE.

I had to face the facts. I couldn’t & didn’t even want to do it all.

I spent the next two weeks in a total funk.

Between everything I was trying to do {& failing at} in business, & some personal life decisions that were falling through, it felt like the structures of who I am were being broken down. The truths I had about myself felt challenged.

For as long as I can remember, these held true:

These were suddenly all at risk. My foundation felt shaky, I lost a ton of confidence, & didn’t trust any of my decisions.

I lost my mojo.

The worst part though, is that I felt like I was letting everyone down—this sweet community, the family & friends that supported me on my ventures, my husband & son who I always want to make proud, & most importantly, myself. I was over it.

Logically, I knew that it would pass, I knew that none of it was a big deal & that there are much worse things. Everyone around even assured me I hadn’t let them down.

But I just wanted to sit with it. I wanted to feel the discomfort of what I saw as my shortcomings. I wanted to grow through it—whatever “it” was that was going on.

I found a quote by Jarod Kintz that summed things up pretty well:

“I made plans out of hope, expectation, desire, and duct tape, and I broke those plans with my bare hands.”

I had undone myself with a series of unfortunate events & a pile of expectations.

BUT during my rut I realized a few things:

I still don’t have one clear cut reason for why I felt so awful that first day in class. But I haven’t looked back. Not once.

I’ve hugged my babe a little tighter, I’ve begun thinking about growing my family, & I’ve poured my heart back into where it belongs—my family, my friends, my community, & the exact business that I’m supposed to be creating.

Who knows, maybe I needed to feel lost in order to realize that I already had exactly what I was looking for.

Or maybe this is one of those lessons of motherhood where you learn that life simply isn’t the same as “it used to be”.

…or maybe I just needed to be smacked in the face with a big helping of “you can’t do it all, stop pretending you can” followed by a discovery that it’s OK if I don’t want to.

to empowerment through “mistakes”,