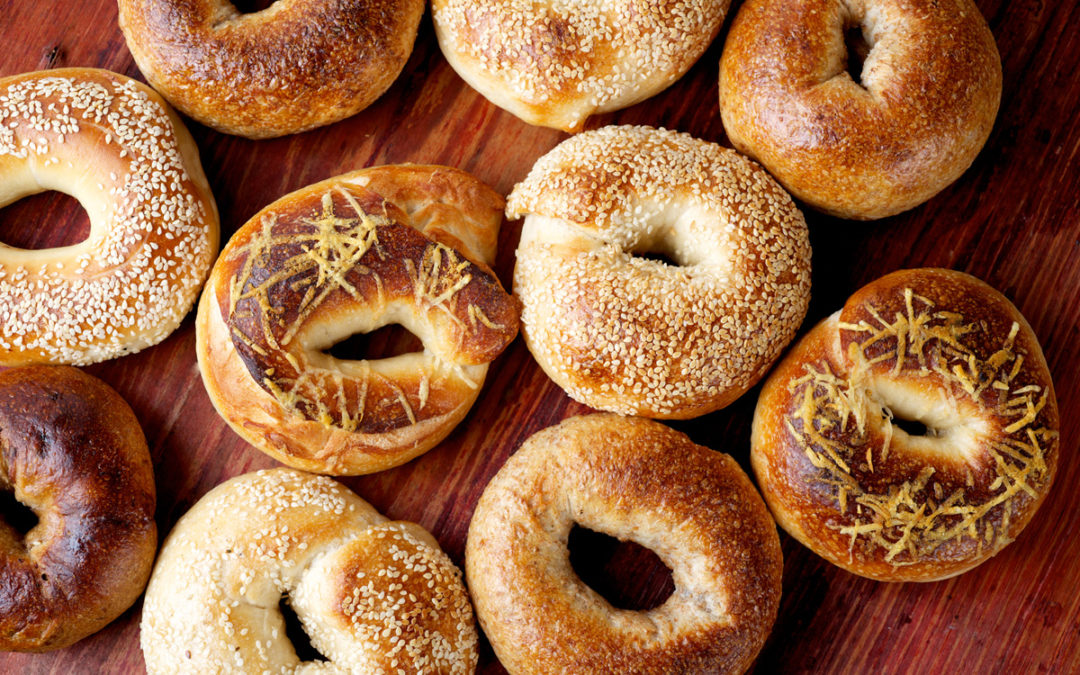 [0:00] Hello and welcome to Mama in the Making. I’m Rochelle Serna and today I just wanted to talk a little bit about my first pregnancy, morning sickness and BAGELS! {shows bagel with a bot out of it}

[0:16] So Today I was making bagels with my friend Gail. As you can see I tried to save one for the video but my husband got to it before I was able to make this video {showing bitten bagel}, um, but we were making them today and it just reminded me of how much I craved them during my pregnancy, and how sick I was. And if you want to read the full story of my pregnancy to you can see it on my blog, so I won’t go into major details there.

[0:40] But I just kind of wanted to cover just the feelings around morning sickness and pregnancy, and especially, I think, when you are a crunchy mom you know, a healthy mom, someone that maybe prepared for pregnancy, it can be really, really difficult to have morning sickness and then not be able to eat what you were used to before.

[1:01] You know, these are one food I wanted to practice making with Gail today because I really want to be able to have them on hand for my next pregnancy. Something that I really, really craved the last time was bagels, bread-ey things. I was so sick and so nauseous that I really wanted something that would like sop all that up. It was like a permanent hangover for, you know, twenty four weeks. So that was really helpful.

[1:22] And today when we were making them it just kind of brought back a lot of memories and thinking about all of the the guilt that I went through, and just the different…self shaming and stuff. And it just was so unconducive to a healthy mindset and pregnancy that I really want to kind of put it out there, let people know, you know, it’s normal to feel that way, but you also have to forgive yourself because it’s like compound effect.

[1:48] You know, when I was…when I was that sick I was feeling miserable and then I was eating, you know, for myself I felt like I was eating awful, and was only craving starchy, bread-ey, carb-ey foods, and I didn’t want any protein—which is very typical of, you know, first trimester and of a mom with morning sickness.

So it’s not even like it was that outrageous, it’s very typical to be feeling that way, but then because it was eating those things, and I had prepared for so long, I felt guilty that I was doing that, and then I had guilt—um, you know I was miserable, I, I didn’t feel good, I wasn’t happy—and then I had guilt that I wasn’t happy because I was afraid that the baby would feel like it was because it.

[2:46] So, for all the moms out there that are experiencing morning sickness or that feeling like they aren’t doing things the way they “should” {air quotes} whatever that means—I just wanna give you a big hug and some bagels {showing bagel}, and tell you that, you know, mindset is so so important to this process as well.

And just let that be, and don’t try to like, dig yourself out of those moments either. Just let whatever happens happen, let it be okay, forgive yourself for being human and being annoyed with the situation if that is, forgive yourself for being human and craving things that maybe you wish that you weren’t craving—or, you know, not having the foods that you thought you were going to have in, and just be.

You know, just be ok with it all…and of course the bagels aren’t gonna harm it at all, they’re definitely going to help, so pack up on those bagels. That’s what I plan on doing.

To allowing yourself to be,