How to Plan a Healthy(ish) Kids Party 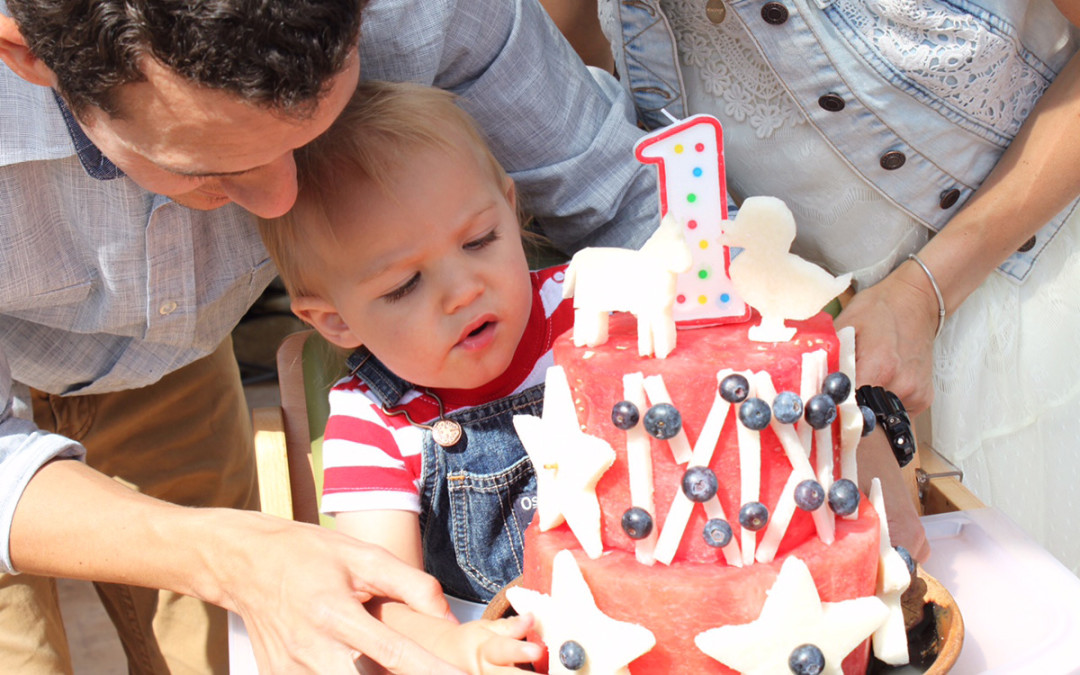 When I was a kid birthday party’s meant cake…& candy.

We would play, sing, eat cake, & enjoy a few whacks at a paper mache teddy bear, only to tear him to the ground to get to his sweet innards.

As we left, we were handed a bag full of bubblegum & lollipops, just to round things out. ;]

isn’t that what birthdays are all about?

Birthday parties are about celebrating a person that we love. They are about creating memories, laughing a little harder than usual, sharing hugs, & being together. They are about taking the time to acknowledge that persons greatness.

why can’t we do both?

Here’s my beef with the traditional “kids party model”:

I have no interest in rolling out the red carpet for that nasty little guest at my kids party. That dude can take a backseat. Call me a rebel.

When I’m celebrating something (anything!) I expect dessert. In fact, I feel like I deserve it. It’s a reward. This also goes for vacations (which I’m on right now-heellloooo sweet tooth!)

On the same note, if I’m having a rough day all I want is a burger. SOMEONE GET ME A BURGER. & I’m not talking lettuce wrapped & topped with mustard & onions. I want a big, juicy, cheesy, breaded, topped-with-onion-fritters burger. Or pizza. Or a turkey-salami deluxe from Mickeys Deli, extra toasted (seriously though…if you’re going to eat a sandwich… ;] ).

Anyone feel the same?

At this point in my life I’ve so strongly associated sweets/junk food/non-nourishing foods with good times & happiness that I literally can’t separate it. It’s taken me years to understand, hear, acknowledge, & then decide against these cravings. While some may mistake my choice not to eat them as a lack of a craving for them, that’s simply not the case. The cravings are conditioned into me because I nurtured them for many years.

I want my son to be free of that.

I want him to associate something else with his birthday. I want him to crave a good laugh, a hug, ripe fruit, or a great time with friends when he celebrates. I want him to have a hankering for a long walk, a trip to the beach, a warm cup of fresh broth, or a thoughtful drive to nowhere when he’s had a bad day.

Coleslaw, actually! (& lots of other stuff!)

I want to clarify that I’m not implying that I don’t think that parties should have delicious food. I’m (half) Italian & my husband is Mexican. Our cultures are pretty traditionally food-centric. I’m not trying to change that! Food can & will be associated with celebrations-it’s the the types of food that matter.

I’m also not claiming to have thrown an 100% perfectly “healthy” party. We served the kind of comfort foods that warm the soul, & even had some tasty sweet treats. We just did it my way-with a splash of simplicity & a pinch of pure.

get to it already!

POPCORN. That’s right, a delicious rarity! We had organic freshly popped corn. My husband popped it over the stove with organic coconut oil & topped it with melted grass fed butter & Real salt.

BBQ pulled chicken. The original plan was to do BBQ chicken on the grill, but as the guest list grew, slow cooking starting looking better & better. We put the organic free range chicken breast into a slow cooker with a refined-sugar-free BBQ sauce that we love-Bone Suckin’ Sauce. It’s not perfect, but worlds better than the conventional stuff. I wasn’t brave enough to make my own on that large of a scale (we fed about 100). Maybe next time!

We also had…wait for it…gluten free mac & cheese. SAY WHAT? Yes, I realize that this is a far-from-perfect food, but I do indulge in it from time to time. We used Trader Joes brand which is made up of white rice noodles & real powdered cheese. We added grass fed butter & organic grass fed milk.

I’m lucky enough to have an amazing pastry chef as a best friend. Not only is she the worlds best baker, but she absolutely loves to try new (& Rosie-approved) recipes!

My son’s birthday was farm-themed, so I sent her recipes I had found for refined-sugar-free rice crispy “hay bales”* & “piggies in the mud” chocolate pudding. We also balled melon (I’m never doing that again-it took forever) & made sweet little fruit skewers.

*In retrospect I would not have served the rice crispies. They were so, SO good (I probably ate half the batch) but they were a little far out of my comfort zone & there’s really nothing healthy about them (besides the grass fed butter). Between the rice & rice syrup I can’t help but cringe at the amount of arsenic I probably consumed.

BUT I DESERVED IT. oy vey.

The pudding (which called for grass fed beef gelatin) ended up thicker than a traditional pudding, so we called it a mousse at the last minute. It was a hit!

We used watermelon for the base, jicama for the decorations, & blueberries to cover the dull end of the toothpicks (which we used to secure the jicama). I copied a picture & tried to make it look like a barn…I was very proud of myself! hehe

My parents love a good costume party. My dad’s 50th was a disco bash, my brothers college graduation was golf-themed (golf outfits required) & don’t even get me started on their elaborate Halloween choices…

I wanted that feel to come through at the party, so we had a table full of bandanas & horseshoe sunglasses for guests to wear as they walked in.

We set up the backyard with a few fun games for the kids. We had a farm animal notebook craft, horseshoe, bean bag toss, & a cute little farm animal cut out to take pictures with.

You’ve probably come to the conclusion that his piñata was filled with something other than candy. & you are correct. I decided to fill it with little slinkys, mini toy skateboards, & party poppers. The kids thought it was great! Not one complaint!

We didn’t do anything in particular for the goodie bags. The kids were given treat bags to use for their piñata winnings, & tossed their bandana, glasses, & completed craft inside.

Oh yea! Drinks! We served water, unsweetened iced tea, & a tart lemonade sweetened with a touch of cane sugar (a super-rarity for me but it was a trade off for buying it already made-less work!) & stevia. We also had some beer & wine for the adults.

No sodas, no juice, no punch.

It went off without a hitch, everyone seemed to enjoy the food & didn’t miss the abundance of sweets (except for my grandma, she actually wanted to stop for cake on her way home :] )

I was ecstatic to be able to celebrate my boy in a way that (generally) aligned with the lifestyle & things that I believe in: love, honesty, truth, simplicity, friendship & real food (well, mostly real!).

I say this with the most genuine of intentions, & for anyone out there that faces the same sort of judgement. It’s my mama manifesto:

I’m not sure why people insist on telling me that I’m denying my son experiences, or that he’ll sneak candy & junk food behind my back as soon as he’s old enough to do so (saying it in a tone to hurt me?). By educating & implementing healthy eating practices with my son I am not depriving him. In fact, I’m giving him a gift. Not only will he be set up with the building blocks for a lifetime of health, but he will be able to make informed & educated choices about the food he eats & the way that he cares for his body for the rest of his life. He will have many, many wonderful experiences. He will taste many incredible foods. He will be given autonomy to choose what he wants to eat & do, & I will have the knowledge that he is not doing so blindly.