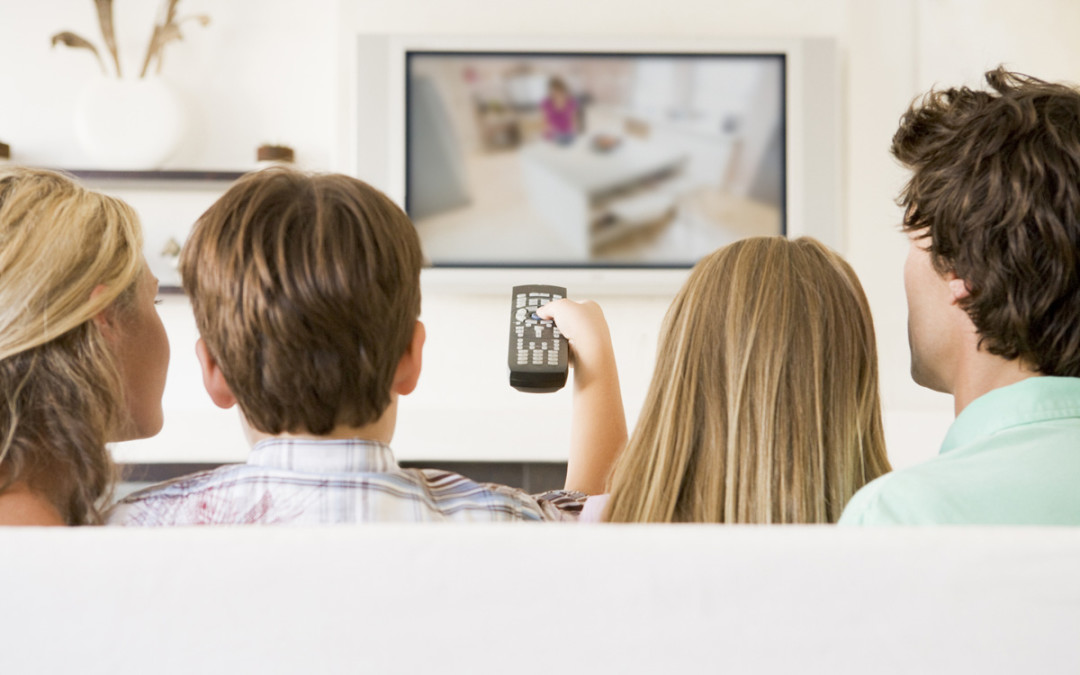 One of the many decisions we have to make when parenting in modern America is what to do about screen time.

According to extreme societal beliefs, too little will create a socially abnormal & technologically challenged adult. Too much, on the other hand, will cause our children’s brains to turn to mush & desensitize them to human emotion.

Personally, I’d be completely comfortable if my child never watched a minute of TV, played a single video game, or touched a tablet. I am not at all worried about how he’d turn out.

The reality, however, is that the TV is on daily, I’m a gamer at heart, my phone never leaves my side, & I sit in front of a computer for work all the time. The example I’m setting is far from technology free.

1. The most common argument against “screen time” is that it stunts social development.

I heard a lot about this in college while studying Child & Family Development, but I think the American Academy of Pediatrics says it best:

Television and other entertainment media should be avoided for infants and children under age 2. A child’s brain develops rapidly during these first years, and young children learn best by interacting with people, not screens 1

Oh snap. Do I sense some attitude?

In all seriousness though, children do learn best from people. There are so many invisible neurological benefits from human touch, the vibration of a laugh, & real life caregiver interaction.

Not to mention the value of simple things like sensory play or being read a book.

Some of society assumes that a child might be socially awkward if they aren’t exposed to “the real world” through television, however research shows quite the opposite. Children experience more well-rounded social skills without entertainment media.

2.  Screen time is the great distractor.

It’s really easy to use tablets, phones, & television as a babysitter of sorts, distracting our kids as we clean the house, prepare dinner, or take a quick shower.

One of the problems here is that the effects of distraction last longer than the 30 minutes that a child watches the show.

Early exposure to television has been associated with attention problems later in life2.

On the topic of distraction…we can focus on screen time for kids all we want, but one of the reasons why it’s so detrimental is because it also distracts the adults that are supposed to be interacting with the kiddos.

I’m the first to admit I’m at fault here.

I’m sure my son would benefit more from me playing with him at the park than he does from me posting about playing at the park. Can we agree?

Television, in specific, has been found to put people into a state of sedation similar to a mild hypnosis3. This “daze” makes children & adults more likely to consume information. This includes understanding fake story lines as reality & an increased likeness towards commercial marketing.

I can testify that I turn into a total veggie on the couch when a show has my attention.

I often think later about how many belly laughs I missed out on as I was consumed with my many technological toys rather than sitting on the floor playing with my sweet boy.

Random side note: I’m very much ok with kids learning to play by themselves & self-entertain. In fact, it’s an important part of personal development & helps to teach about boundaries, but balance is necessary.

3. Another commonly talked about reason to avoid screen time is violence.

Children learn by example. We can talk to them about respect & “behaving” until we’re blue in face—but if we don’t conduct ourselves with respect for others, or “behave” the way we expect our children to, then it’s all for not.

Yet there is still a question of whether or not violent video games, TV, & music affect the violent tendencies of our kids. It seems logical to connect the dots.

My favorite example of the relationship between violent media & children’s actions is a 1961 study by Albert Bandura. He filmed adults playing with an inflated Bobo doll. Some showed aggression while others played more gently. The researhcers then showed some children the “violent” video, others the gentle video, & a final group no video at all.

You can read more about the study here.

Of course this doesn’t just apply to violence. The characters & scenarios that our children watch influence their actions, attitude, & perspective on life.

4. One of the “hidden effects” of screen time is exposure to blue light.

All screened devices {i.e. TV’s, phones, tablets, & computers} give off blue light, mimicking the shine of the sun. The problem is that most families use these devices after sundown, which messes with our circadian rhythm4.

I can write an entire article on it, but the short & sweet of it is that exposure to artificial blue light causes a slowing in the production of melatonin, preventing restful sleep. Without restful sleep, we are not able to completely recover from the day & that affects overall function.

5. Screen time may affect our vision.

I recently learned about a method of holistically healing poor vision {I know, how cool is that!! I’m legally blind so this could be huge for me—I’ll let you know how it goes!}. The man who came up with the method, Doctor Bates, was an extremely successful ophthalmologist who spent years studying the eyes.

During this time, he took note of the clear differences between people with excellent vision versus poor vision. A few patterns popped up & one of them was that people who see well stare a lot less often. Their eyes make more movements than those who can’t see well5.

It’s also been found to be beneficial to vision to look both near, & far into the distance. Screen time usually heavily relies on focusing nearby.

Just some food for thought!

6. Ok, this might be another more obvious one, but starting at screens usually means more time indoors.

Time indoors is also associated with less physical activity & has been mildly linked to childhood obesity7 {among other things}. I know, I know…DUH. I just had to slip that in!

7. Remember that post I wrote about electromagnetic radiation a few weeks ago? Well yea, there’s also that.

So those are my top reasons why we should avoid screen time.

For me, it’s easier said that done.

If you knew me growing up, you know I was often glued to a screen, & old bad habits die hard.

I had a TV in my room when I was still in a crib, & fell asleep to the “Nick at Night” until I graduated college.

I spent many a weekend playing “Grand Theft Auto” in the back of my parents’ car during my brother’s baseball tournaments. I had a blast stealing cars, firing fatal shots, hiring hookers, & running from the cops.

Seriously. I thought it was great.

& don’t even get me started on how much of my life was wasted playing Sims. Years. Literal years.

I don’t know how it affected me. I don’t know what I would have been like without the endless hours of screen time & exposure to violent video games. But I do know that I have the opportunity to find out with Vincenzo.

It would be really easy to play the “I turned out fine” card {for the record, I strongly dislike that phrase}

But why not improve where I can? Why not expose him to the beauty of positivity, fresh air, kindness, & real life; to the types of qualities I want to see him grow into?

I don’t plan on “depriving” him, or demonizing any modern day conveniences. I just want to do my best to expose him to the types of people & activities that I strive to incorporate on my path to being a better human.

Not an easy task for a screen addict like myself!

What’s your take on screen time, & how has your personal experience with it effected your outlook?

To learning as we go,