7 Natural Foods to Avoid at the Supermarket 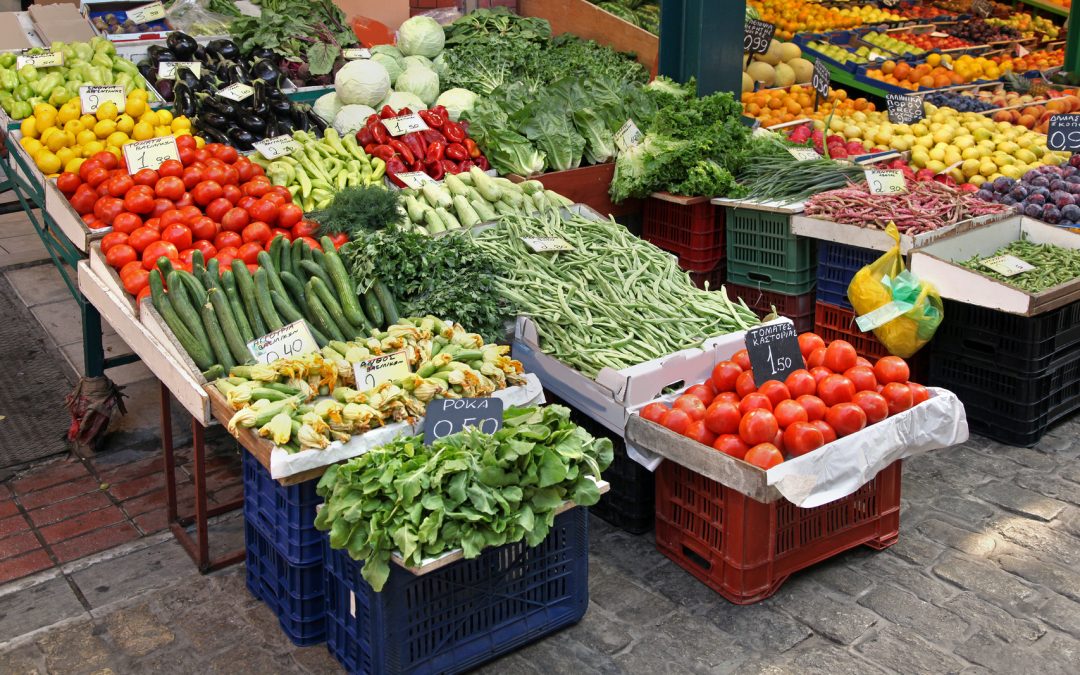 If you’ve been around for a while you know that this site has been a bit of a butterfly…it’s taken more than one form! From fertility nutrition to non toxic information, I’ve always done what I do for one reason, “Because, Babies!”

Though I’m not primarily teaching about nutrition anymore–it’s still the source of my roots in the world of wellness and dear to my heart. A few weeks ago I was contacted by the lovely Helen Sanders of HealthAmbition.com, and she kindly offered to bring a bit of nutrition back into the blog with a guest post!

I am a huge advocate for eating natural, whole foods and believe they should be a part of a balanced diet for everyone. Unfortunately, nowadays marketing for foods has shifted and the term “natural” may not necessarily mean “healthy”. Here are my top 7 “natural” foods you should avoid at the supermarkets.

Up to 90% of all soybeans have been genetically modified so they can be resistant to a herbicides. When you think of soy, you probably think of things like tofu, soymilk and tempeh. However, soy is found in almost every processed food on the market. Read the ingredients of any processed foods that may boast they are made from “natural” ingredients. You will probably see ingredients called soy lecithin, hydrolyzed soy protein or soy protein isolate. The list goes on, as soy is commonly used as a thickener because it’s extremely cheap.

Soy contains phytoestrogens, which may mimic estrogen in the body, leading to a hormone imbalance. Soy is goitrogenic, which means it prevents your thyroid from receiving essential amounts of iodine, leading to trouble concentrating, weight gain and fatigue.

If you choose to eat soy, eat only fermented soy products such as miso or tempeh, as the fermentation process gets rid of the troublesome components of soy, and stick to small portions.

I know corn is a family favorite, but it is also one of the most genetically modified foods on the planet. Around 85% of corn in the United States alone is GMO.

Some studies have shown genetically modified corn to cause health problems such as weight gain. For now, I say stay away from corn. If you want to indulge once in a blue moon, I would stick to certified organic corn. But also be aware to read food labels for ingredients such as corn starch, corn syrup, maize and even white vinegar.

While many people have recently converted from drinking cow’s milk to plant based milks such as almond or cashew, dairy milk is still a prominent part of many people’s diets. Most people have been told that drinking calcium rich milk will help prevent osteoporosis and build strong bones. Recent studies have shown that when your body consumes dairy products, calcium actually gets leached from the bones to help digest the proteins from dairy as well as other animal products. So while you are consuming calcium, your body actually ends up losing calcium through urine. Now these studies are by no means foolproof and there are plenty of arguments against these claims. If you want to find out more about this then I would highly recommend checking out this article on the matter.

One thing we can be certain on though, is that if you’re purchasing milk, make sure you’re buying organic, because most commercial dairy cows are fed excessive amounts of antibiotics, meaning that there could be a correlation between dairy consumption and antibiotic resistance in humans.

This one may surprise some people, but it turns out GMO zucchini contains a toxic protein used for an insecticide. Shockingly enough, this insecticide has been shown in human blood and even more worrisome, in pregnant women and fetuses. Which could mean that some of this insecticide is staying within human bodies, rather than being excreted.

I’m sure many people have seen labels in the supermarket stating things such as “farm raised salmon”. While it may seem like it’s safe to consume, there are multiple reasons to avoid it.

Farmed salmon contains approximately 20% more artery clogging saturated fat than wild salmon. Farmed fish also contains high levels of antibiotics, again leading to the issue of antibiotic resistance in humans. It also contains a higher amount of unsafe contaminants than wild salmon. While the government states the levels are safe if consumed in moderation, it’s still not recommended for children or pregnant women.

Not only are deli meats filled with high levels of sodium, but they also contain levels of nitrites, which have been linked to cancer. While some deli meat labels claim they do not contain nitrites, usually in fine print it will say something along the lines of “except for naturally occurring”, meaning they used nitrites from a source such as celery powder or other plant based nitrites. The problem with this is that once the plant based nitrites are combined with the meat, they create a compound called nitrosamines, which has been found to be carcinogenic. All in all I think it’s safe to say they should be avoided.

This one is shocking. I wasn’t aware of it until recently and I’m sure many others don’t either. Some oranges being sold in the supermarkets are picked before they are fully ripe, and sprayed with dyes called citrus red #1 and #2 so that they appear to be a vibrant orange color. The dyes were designed specifically for oranges, which is why they have the word “citrus” in their name.

Both of these dyes have been shown to damage chromosomes and may be linked to cancer. Citrus fruits definitely have health benefits as they are packed with antioxidants and vitamin C, so please keep enjoying them! But make sure you’re choosing organic.

Helen Sanders is chief editor at HealthAmbition.com. Established in 2012, Health Ambition has grown rapidly in recent years. Our goal is to provide easy-to-understand health and nutrition advice that makes a real impact. We pride ourselves on making sure our actionable advice can be followed by regular people with busy lives.